What's going on up in the North?

The Finnish Brown Owls report about the past two months. February's theme was learning a new skill, tatting. The beginning wasn't too encouraging, but after the idea had matured some time, the secret was revealed: 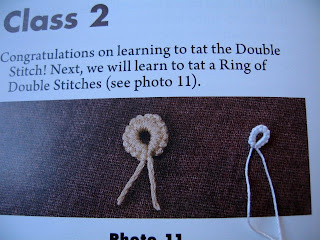 I hope to show a small finished project some time this year.
In March the Brownie activity was sewing. The Charity of the Month was Unicef, and I made two dolls for adoption. Because I also gave the dolls as birthday presents to blogging friends, I paid the adoption fee to Unicef, securing two real children the necessary 6 vaccinations to save their lives. 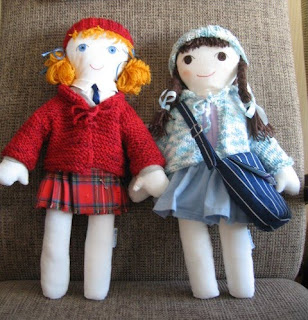 April's charity project is the Chemo Cap Campaign spreading rapidly all over Finland. I started crocheting and knitting in the last week of March, and yesterday I mailed these 7 caps to the local campaign office: 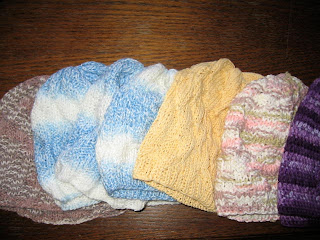 Being a single Brown Owl in this country makes it a bit lonely business, but following the blog posts of you other owls down there on the other side of the world inspires me. If I had a group here, I would definitely include tea and biscuits to the meetings. It would be lovely to chat while working! Should any one of you happen to visit Helsinki some time, we could arrange a meeting as I'm only 50 km away. Just let me know!
Posted by Ulla at 6:34 PM

What gorgeous dolls! Thanks for the link to the Unicef project. I'd love to see something similar happen here in Aus... :)

Congratulations on the crafty goodies your've made over the last few meetings. I haven't tried tatting yet, it doesn't look easy. Love the dolls and caps.